This week our main focus was on the Central Dashboard that’s coming out very soon with some incredible features I wish I had years ago when I first starting building sites for clients.

But we didn’t want to break our awesome strick of “new update every week” that started on the first week of the beta and has continued since.

So this is a mini update to add a few new languages, fix some bugs and compatibility issues we’ve seen over the week.

This week we also revealed a sneak preview of what’s coming on the upcoming dashboard:

We now added Spanish and French to our growing roster of translations that also includes Dutch and Hebrew.

If your language is not included just yet, you have other options as well!

You can translate it yourself as we’re fully compatible with tools like WPML.

OR, you keep let us know that you would like to contribute to the project by emailing support@wpfeedback.co or posting on our Facebook Community group and we will give you access to our translation document so that you can add your own language.

This week – we’ve continued our huge surge of users as we’re scaling up and our support team was hard at work sorting minor bugs for the new and existing user – All while celebrating Himanshu‘s (Head of Dev) birthday! 🎉

As always, any bug fixes we sort out for a single user is added to the tool on the upcoming update so that it never happens again to anyone else.

Here’s what we fixed this week: 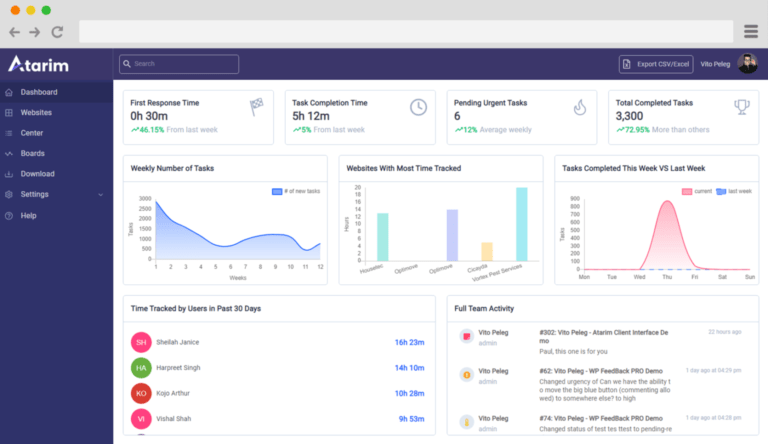 Get Started Now
We use cookies on our website to give you the most relevant experience by remembering your preferences and repeat visits. By clicking “Accept All”, you consent to the use of ALL the cookies. However, you may visit "Cookie Settings" to provide a controlled consent.
Cookie SettingsAccept All
Manage consent